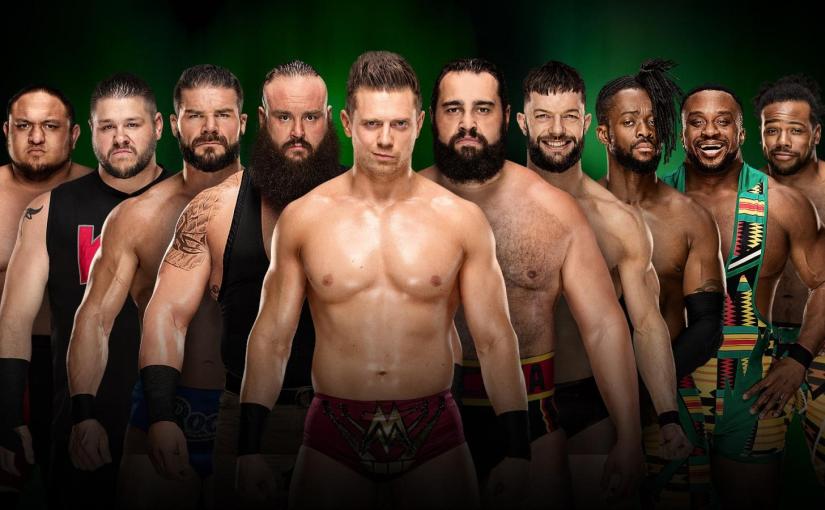 I said in yesterday’s Women’s MITB Spotlight that I’d previewed every Money In The Bank match since I started this blog, so I couldn’t leave out the men’s match in 2018. I was looking back through old previews and noticed I used a slightly different format last year to what I’ve normally done, and I’m going to use it here too. So let’s break down the match!

How can he be the star of the match?

By playing the spoiler role. Whenever any of the faces in the match get anywhere close to the top of the ladder, The Miz can be the one to stop them grabbing the contract. He should avoid all the high risk spots and just appear at the worst possible times for the fan favourites. Miz should also be around at the end, either to win the match or to finally get his comeuppance by getting literally knocked off his perch by the winner.

Will he actually win?

He has every chance. The Miz has proven his worth in the last two years, and it’s very possible that he can get back into a world title picture via the contract. He would actually have been my pick to win this match last year, but it was a SmackDown-exclusive PPV and Miz was moved to Raw post-Mania. A year later, it’s a tougher field with superstars from both brands, but Miz hasn’t cooled off too much. It could still be his time. END_OF_DOCUMENT_TOKEN_TO_BE_REPLACED